Congratulations to AARON MONAGHAN and MALCOLM ADAMS for their nominations at The Irish Times Theatre Awards.

AARON has been nominated for Best Actor in his role as Jonathan Swift in The Travels of Jonathan Swift by Conall Morrison with Blue Raincoat Theatre Company.

MALCOLM has been nominated for Best Supporting Actor for his role as Polonius in Hamlet with Mill Productions. 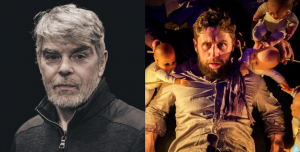 Visit Our Other Websites